The Language of the Heart branch was founded in 2002 by local Anthroposophists with an intention to bring together and serve all those interested in Anthroposophy, and it’s related initiatives in Sonoma County.

Our aim is to create a platform, held by our community, where the ideas of Anthroposophy can be explored, practiced, and brought to life in and among our community.

We hope to do this by connecting all the Anthroposophical initiatives and organizations in our community and coordinating and promoting all activities, study groups, and local events of interest to anthroposophical and general communities in our County. 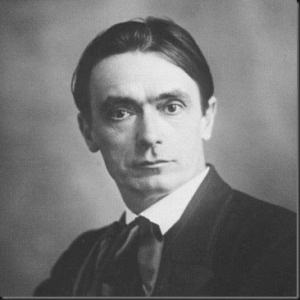 The General Anthroposophical Society was founded by Rudolf Steiner:

Rudolf Steiner (1861-1925) called his spiritual philosophy ‘anthroposophy’, meaning wisdom of the human being’. As a highly developed seer, he based his work on direct knowledge and perception of spiritual dimensions. He initiated a modern and universal ‘science of spirit’, accessible to anyone willing to exercise clear and unprejudiced thinking.
From his spiritual investigations Steiner provided suggestions for the renewal of many activities, including education (both general and special), agriculture, medicine, economics, architecture, science, philosophy, religion and the arts. Today there are thousands of schools, clinics, farms and other organizations involved in practical work based on his principles. His many published works feature his research into the spiritual nature of the human being, the evolution of the world and humanity, and methods of personal development. Steiner wrote some 30 books and delivered over 6,000 lectures across Europe. In 1924 he founded the General Anthroposophical Society, which today has branches throughout the world.

“We pour a spiritual life-sap into all we do, by meeting together and occupying ourselves with Anthroposophy.  Thus Anthroposophy is not a theory, it is a life-giving draught, an elixir of life which ever anew pours itself into our souls and of which we know that it will make them grow stronger and stronger….The time will come when anthroposophical gatherings will be the most important sources of strength to man, from which they will go forth, saying: we are most grateful to these meetings, for we owe to them our health and strength and the fact that we are constantly able to strengthen anew our own life-kernel, the core of our being.”
“Anthroposophy is a path of knowledge, to guide the spiritual in the human being to the Spiritual in the universe.  It arises in man as a need of the heart, of the life of feeling; and it can be justified only inasmuch as it can satisfy this inner need.”  ~ Rudolf Steiner
“The Age of Michael has dawned.  Hearts are beginning to have thoughts; spiritual fervour is now proceeding, not merely from mystical obscurity, but from souls clarified by thought.  To understand this means to receive Michael into the heart.”  ~ Rudolf Steiner
“Anthroposophy will only become a life-factor when we can apply this general doctrine to the different experiences of life, when we become able to put our whole soul into such a position, that we obtain an entirely new outlook on life.” ~ Rudolf Steiner